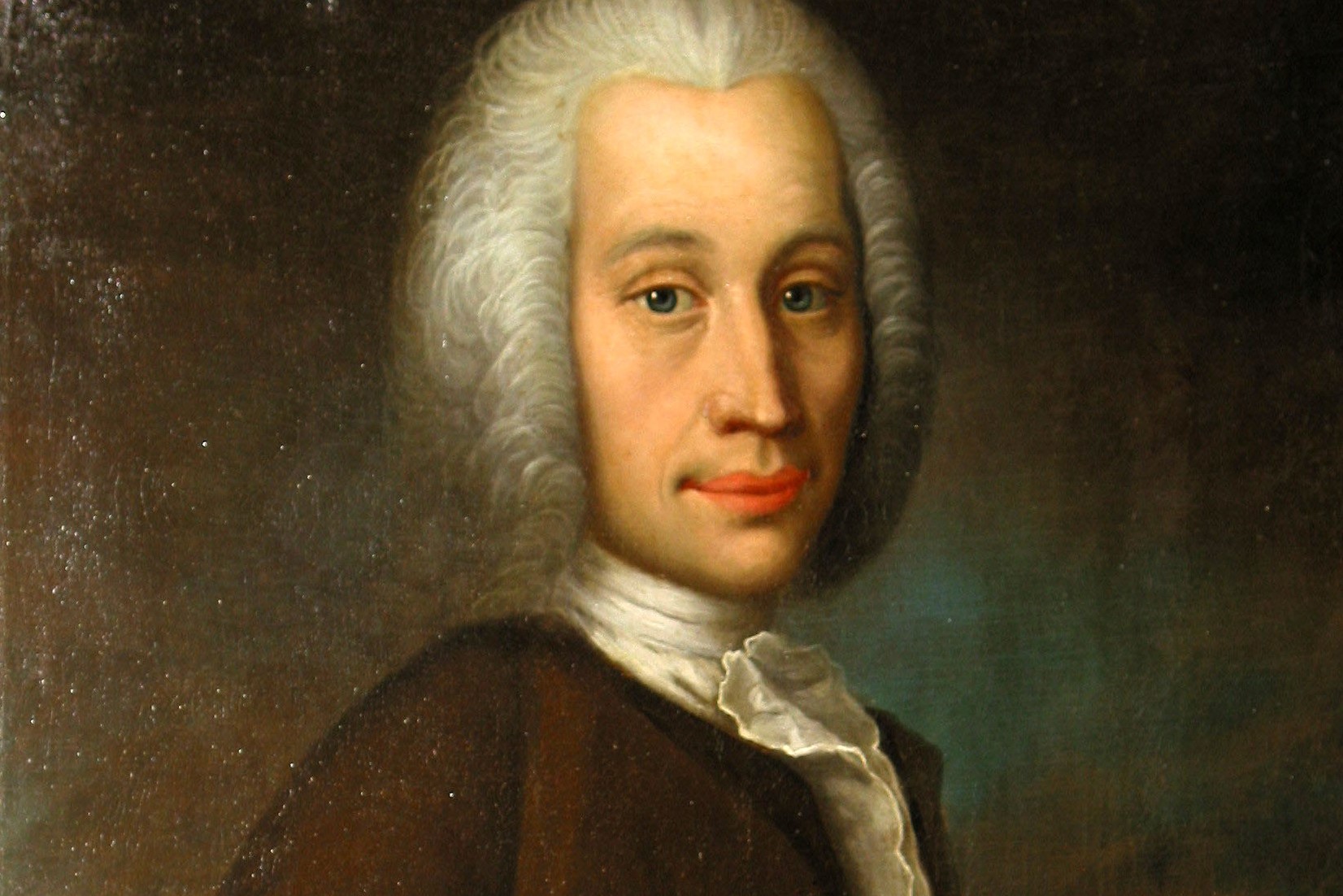 Anders Celsius (November 27, 1701 – April 25, 1744) was born in Uppsala, Sweden. Physicist and astronomer, creator of the centesimal scale of the thermometer known as Grade Celsius (° C), which replaced the scale proposed by the German scientist, Daniel Gabriel Fahrenheit in 1724. Celsius, like many other scientists of his day, had a careful education that covered various fields. However, he focused fully on physics and astronomy, areas in which he excelled being considered one of the most prominent scientists of the 18th century. Throughout his academic career, he served as a professor of astronomy at the University of Uppsala. He was also one of the supervisors of the construction of the Uppsala Observatory, which he directed for several years.

He was born in a family belonging to the academic circle of the country. His father was Nils Celsius, an outstanding astronomer, a descendant of Magnus Celsius, a renowned mathematician and astronomer, who deciphered the runes of Staveless. His uncle Olof Celsius was the creator of a botanical school in Uppsala and a professor famous for his knowledge about mosses. On the maternal side, Celsius is related to Anders Spole, an astronomer and mathematician who served as a professor at Upsala University.

After completing his studies he began to practice as a professor at the University of Uppsala (1730-1744) for 14 years. During this time, he conducted various investigations related to the field of astronomy. In the early years of the 1730s, he undertook a trip through Europe in which he visited the most outstanding astronomical observatories of the time, arriving to work with renowned astronomers. In 1733, he published a compilation of 316 observations of northern lights, in which he speculated about their relationship with magnetism.

Between 1736 and 1737 he was part of the group of researchers that accompanied the French astronomer Pierre Louis Maupertuis, on his journey through the northern region of Sweden where he sought to measure the length of the meridian near the pole, to compare it with the measurement made in Peru near to Ecuador. This research was known as the Lapland Expedition, which sought to demonstrate that Newton’s predictions about the flattening of the earth at the poles were correct, a conclusion they reached after the measurements. The calculations and conclusions of the expedition were included in La Figure de la Terre, a book published by Maupertuis in 1738.

For his participation in the expedition, Celsius was rewarded as an annual pension of 1,000 pounds, economic income that allowed him to invest in the construction of the Uppsala Observatory, which was one of the most modern of his time, after the opening he was appointed director of the observatory (1740). During the following years, he made various geographical measures used in the Swedish map. In the 1740s he carried out the studies in relation to the temperature scale by which he is known.

By 1742, he proposed to the Swedish academy a new way of measuring the temperature based on two established points: 0 indicated the boiling point of water and 100 represented the degree of freezing; which meant that as the heat increased the temperature dropped. This proposal would replace the scale created by Daniel Gabriel Fahrenheit in 1724, known as Fahrenheit Grade (° F), which ranged from 32 to 212 degrees.

Explained the operation of the scale, Celsius, created the centesimal scale that ranged from 0 to 100 degrees and invented the mercury thermometer. After three years, the scale was reversed by the Swedish scientist Karl von Linné, a modification with which it has been used since then. The scale of the Swedish scientist was called in the first years, Swedish thermometer, a term used by the scientific community of the time, however, since the 19th century it began to be called Celsius thermometer, in homage to its creator, it has also been known as Grade Celsius (° C). The following century this was replaced by the Kelvin scale (Kelvin K Grade), created in 1848 by William Thomson (Lord Kelvin).

The contributions of Celsius in the field of science are not reduced to scale, he was also the first scientist to raise the relationship between the phenomenon of the auroras and magnetism, also made numerous observations of this phenomenon that allowed his study years late. Another contribution of this scientist in the astronomical field was his studies on eclipses and stars, which included a detailed catalog of 300 stars and their system. Two years after the scale was created, the Swedish scientist contracted tuberculosis, a disease that deteriorated his health in a short time, passing away on April 25th, 1744, at the age of 43.

Daniel Bernoulli (January 29, 1700 – March 17, 1782) mathematician, statistician, physicist, and physician. He was born in Groningen, Holland. His father, Johann Bernoulli, was a researcher who made important contributions to the early development of calculus. The family had to flee to the Netherlands due to the persecution of the Huguenots. After a brief period in Frankfurt, they settled in Basel, Switzerland. Bernoulli was always a very intelligent and curious young man. In high school, he achieved notable qualifications and mastered three languages, upon graduation he entered the university to study medicine and obtained his degree in 1721 thanks to his thesis on breathing where he assumed the mechanistic approach that prevailed at the time and was closer of his intellectual inclinations.

As soon as he graduated he tried to enter as a professor at the University of Basel but was rejected. Subsequently, Daniel was invited to work at the St. Petersburg Academy of Sciences, as a professor of mathematics. In this place, he met the great mathematician Leonhard Euler and then became his collaborator. He corresponded with the Prussian mathematician Christian Goldbach, most of the correspondence was about the lessons learned with his father, dazzled by the level of Bernoulli, decided to publish the letters written by Daniel.

From 1731 he began research on the problems of life and health from the statistics. Two years later he returned to Basel where he served as professor of anatomy, botany, philosophy, and physics. Simultaneously, he advanced important hydrodynamic studies, for Bernoulli this was one of the most important properties of fluid flow, pressure, density, and velocity.

From these studies arose The Bernoulli Principle or the Dynamic Theory of fluids. In his theory, he gave a masterly explanation about the pressure of the gas on the walls of a container. Because of the above, he obtained a remarkable amount of prizes and recognition between 1725 and 1749. He also obtained many more for his studies in astronomy, gravity, tides, magnetism, ocean currents and the behavior of a boat in the sea. It is notorious that he maintained a bad relationship with his father from 1734, the year in which both shared the annual prize of the Academy of Sciences of Paris.

Johann came to expel him from his home and also published a book called Hydraulica in which he tried to attribute the discoveries of his son in this matter. His popularity and intelligence earned him a place at the University of Basel, in the chair that his father had occupied. During this period as a professor, he published 86 papers and won 10 prizes from the Paris Academy of Sciences. Later he was a member of the Royal Society from May 3, 1750. He always thought a lot about students who could not access education due to lack of resources, for that reason he advanced the construction of a pension for the shelter of students without resources, This was maintained until the end of his days with his money. In addition, while he was rector of the University of Basel, in 1744 and 1756.

He was very committed to the development of the University. He made monetary donations on several occasions for laboratory equipment and acquisition of new titles in the Library. His prestige grew considerably both as a lecturer in Theoretical Physics and especially for his uncommon classes of Experimental Physics. Normally his conferences were attended by more than one hundred participants, from different corners of Europe.

He is considered one of the precursors of the kinetic theory of gases. He proposed a model of the structure of gases, in which he assumed that atoms in continuous motion collided with each other and with the walls of the container that contains them; that approach was the starting point of the kinetic theory of gases. Bernoulli also analyzed the problem of analyzing the errors in the observations. Bernoulli showed the insufficiency of the reasoning handled at that time and advised to use a method that can be considered an antecedent to the method of least squares reformulated later by Gauss.

At present, and based on the studies of his texts, it is noticed that he was able to find in the Mathematical Analysis the means to extract from the calculations all the details of the phenomena. Daniel Bernoulli suffered a cardiac arrest on March 17, 1782, in Basel, this episode did not allow him to stay alive. At his funeral he was dismissed by hundreds of colleagues and relatives at a solemn ceremony of the Academy of Sciences of Paris organized by the philosopher and geometer Marqués de Condorcet, who then served as Perpetual Secretary, he also read a funeral eulogy that collects the merits of his work and also his characteristics as a true man of science.