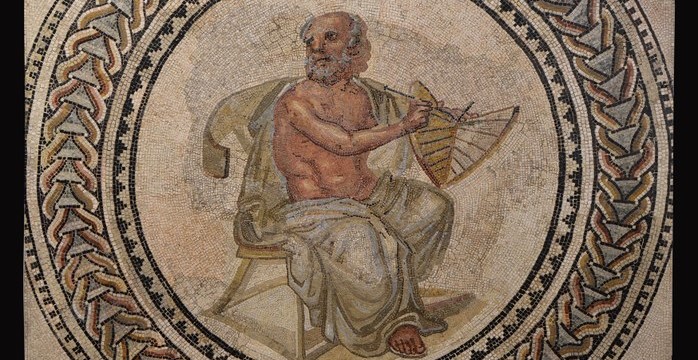 Throughout history lost in time very little is known about the life of this philosopher. It is believed that he served as a politician in some important positions and that he was assigned the mission of controlling the birth in Apollonia that suffered from overpopulation. All this is based on the discovery of a statue in his honor that was in his city of origin, or what is left of it.

Apparently, Anaximander dedicated himself to many and varied investigations. It is said that he was the first to try to make a map of the Earth from the other maps already created by the Greeks. It is believed that this map was later perfected by Hecateus and later served as the basis for Herodotus. In that map, Anaximander explained his way of seeing the Earth that consisted of a motionless cylinder, different from the general opinion that thought that the Earth was flat. Other investigations are attributed to him as the fixation of the equinoxes and solstices besides the distances and sizes of the stars. Among many other objects, the sundial is attributed to him.

“The earth is cylindrical, three times as wide as its depth and only the upper part is inhabited. But this earth is isolated in space and the sky is a complete sphere in the center of which, without support, our cylinder, the earth, is located at the same distance from all points of the sky”

He has been recognized for his different theories about the origin of living beings and man. He believed that all come from the wet phenomenon because at first the earth was liquid and then, by dissociation, the wet gave rise to life. He is considered an ancestor to the theory of evolutionism because he proposed that the first ancestors of man were fish and then other primitive animals.

In addition to all the above, he was also a pioneer in the writing of philosophy because he was the first to write his reflections in prose. One of the most important works is On Nature, where he tried to systematize the real, although in the course of time only fragments and commentaries of Aristotle have reached us about it. “… the infinite has no beginning …, but it seems to be the principle of other beings and that everything encompasses and governs everything, as stated by those who do not postulate other causes outside the infinite, such as spirit or friendship; the infinite, moreover, is a divine being, for it is immortal and indestructible, as Anaximander and most of the theoretical physicists affirm” (Aristotle, Physics)

Thanks to the aforementioned book and others that are attributed to him, it is thought that Anaximander’s philosophy coincided with that of Thales of Miletus because he also defended a basic principle (arche) for the existence of everything; although Anaximander called it Apeiron, which he called the indefinite and indeterminate, eternal and unlimited. According to his thought, everything derives from the Apeiron and is subject to birth and disappearance by the force of the opposites that inhabit them: wet and dry, hot and cold, etc. This is why he stands out because the other Presocratics chose elements while Anaximander attributed the universe to something that is not perceived by experience but is an abstract idea. In the words of one of his biographies: “The novelty of Anaximander, in whose doctrine there are, however, many obscure details, consists in having sought the infinite principle of finite things outside the matters that are the object of our experience”

Aristotle also conceptualized and explained the philosophy of Anaximander: “We see, in short, that Anaximander affirms as the first cause of reality a material cause: the indefinite, the indeterminate, the infinite, from which everything real evolves. Insofar as he refuses to identify this first cause with a particular material element, his thought will be an advance with respect to Thales, insofar as it means a considerable effort of abstraction and rational coherence”

Related Topics:545 b.C.610 b.CAnaximanderAstronomerBIOGRAPHYGeometerMiletusPhiloshopher
Up Next