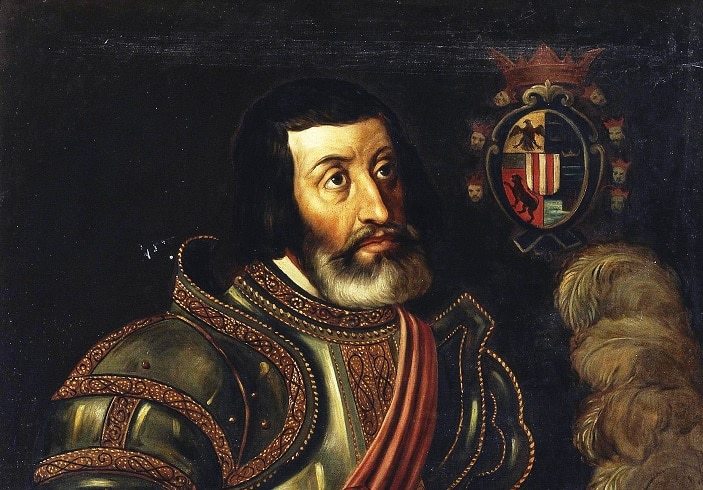 Hernán Cortés Monroy Pizarro Altamirano, Marquis of the Valley of Oaxaca, was born in Medellin, Corona de Castilla, in 1485 and died in Castilleja de la Cuesta, Corona de Castilla, on December 2, 1547. He was a Spanish conqueror who subdued the Mexica empire (Aztecs) and helped in the founding of New Spain.

Hernán Cortés was the son of the Hidalgo Martín Cortés and Catalina Pizarro Altamirano. On the side of his mother, he was distantly related to Francisco Pizarro, who conquered Peru. When he was fourteen years old, his father sent him to Salamanca to study law. He would stay for two years receiving instruction from a scribe from Valladolid, although it is not known if he enrolled or not in the University of Salamanca. What is known is that Hernán Cortés wished eagerly to embark on a typical adventure of the time. For that reason, he tried to embark with a route to the Indians, but they did not accept it. He also wanted to be part of the campaigns developed by Gonzalo Fernández de Córdoba in Italy without any results. Finally, in 1504, he was able to embark on the Caribbean island of Hispaniola where he was a planter and a colonial official.

In 1511, he was part of the conquest of the island of Cuba, which was led by the then governor Diego de Velázquez. This one, for his collaboration, gave him slaves and lands. Later, he would be Mayor in Santiago de Cuba, although he would be put in prison shortly after by the same Velázquez, who distrusted him thinking that Cortes would conspire against him. Despite this, Hernán married his sister-in-law, Catalina Juárez, and was sent to preside over the third expedition on the Yucatan coast. However, Catalina Juárez would die in suspicious circumstances, Hernán Cortés being accused of having killed her. Oblivious to Velazquez’s orders and the rumors that were spread about him, Cortes gathered a large number of soldiers thanks to his oratory and left Cuba on February 10, 1519.

For the same year, Hernan Cortes arrived with his men to Cozumel, where he subdued the Mayan population and rescued several Spanish warriors who had been prisoners. At that time, Hernán had a Mayan translator he called Melchorejo. Then he continued his course by the coast of Yucatan and conquered the city of Potonchán, where Cortes and his obtained many goods and resources, between which they were counted, twenty slaves. One of them was an indigenous woman named Malintzin, who was baptized as Marina. This served both as an interpreter and as a lover to Hernán Cortés, with whom he had Martín Cortés as his son. That same year, Hernán would found the town of Santa María de la Victoria, being this the first population of Spain in the region and one of the first on the continent.

Later, he traveled to the country that some Indians had told him about, Mexico. In front of the city of Mexica de Quiahuiztlán, he founded Villa Rica de la Vera Cruz, and then he would disassociate himself from Velázquez to conquer in the name of the king. Thus, he obtained the power to delegate mayors and officials. Cortés, seeing how difficult it would be to conquer the Mexican culture, decided to ally with their enemies. Thus, with the help especially of the Totonocos, Cortés first conquered Tlaxcala and then reached Tenochtitlán, where Emperor Moctezuma II opened the gates of his city and lodged him.

After this, a group of soldiers sent by Velázquez attacked the garrisons of Cortés outside the Mexica city, destroying their ships. Hernán would then leave the city of Tenochtitlán to fight against the people of Velázquez, whom he dominated by attacking them by surprise at dawn. Many of the soldiers who had come to fight against him, quickly joined in seeing the riches he was carrying. Thus, once the situation turned out, Cortés returned to Tenochtitlán. Due to a massacre previously executed by one of Cortés’ warriors, the Mexicas rebelled against Moctezuma II, who died in strange circumstances, and expelled the Spaniards from the city, killing a large number of foreign soldiers. After this, Cortes organized his men and, with the help of the Tlaxcalans, besieged the city for 75 days, during which Tenochtitlán was finally taken by the conquerors.

After this, Cortes would launch the expedition of Las Hibueras, current Republic of Honduras, to hear about the vast wealth that was in that territory. Later, he would discover the peninsula of Baja California, and, on returning to Spain in 1529, he would obtain from King Carlos V his title of Marquis of the Valley of Oaxaca. Then he returned to Mexico, where he made four more expeditions.

Finally, after having married for the second time and having had five illegitimate children and one with his second wife, Hernán Cortés died on December 2 in 1547 in Castilleja de la Cuesta, just when he wanted to return to America to enjoy the riches that he had gotten there. 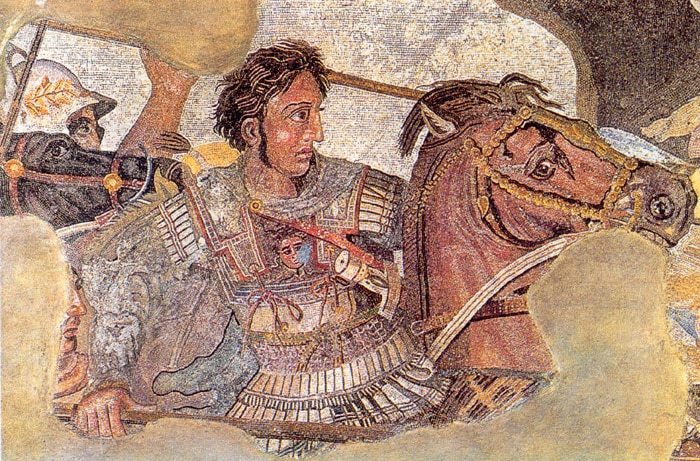 Alexander III of Macedon, better known worldwide as Alexander the Great, was born in Pela, Greece, around July 20 or 21 of the year 356 b.C., and died on June 10 or 13 in Babylon, 323 b.C. He was king of Macedon and one of the greatest conquerors in the history of the world, extending his territory from Central Europe to East Africa, and from here to Central Asia.

Alexander was the son of the Macedon king Philip II and Olympia, daughter of the king of Epirus Neoptolemus. However, there are versions according to which he was not the son of Philip II but Zeus or Pharaoh Nectanebo I. The latter is more accepted because Alexander was born as a child with the oracle of Amun, the god with whom he was related. It is known that in his childhood he was harshly educated by Leonidas in the matter of sports and by Lysimachus in a matter of letters, who treated him with great kindness, calling him Achilles. In addition, one has the story according to which his father had bought a horse that nobody could tame, Bucephalus. Then Alejandro approached him and discovered that his violent nature was because he feared his shadow. That is why he rode it in the direction of the sun and could tame it. Later he would participate in the Olympic Games, where he would win in the car race.

After being educated by Aristotle, his father appointed him regent in 340 b.C., which should have received the emissaries of Darius from Macedon to pay tribute. Two years later he would lead the cavalry of his nation in the Battle of Chaeronea. Then he was governor of Thrace for the same date. Nevertheless, Philip II would contract marriage shortly after, putting in danger the throne of Alexander. This, in the middle of a party, would discuss both with his father and his new father-in-law, because he had hinted that he was a bastard and that the new union would give a legitimate heir to Macedon. Due to the fury of his father for his behavior, Alexander went into exile in Epirus, the land of his mother. Although over time, Philip II would forgive his son.

“Remember that the destiny of everyone depends on the behavior of each one.” Alexander the Great

In 336 b.C., Pausanias would assassinate Philip II due to an unknown stratagem. Therefore, Alexander became the king of Macedon when he was 20 years old. His father had had to govern a rather small and oppressed state. On the other hand, it was up to Alexander to govern a state with an extensive territory that had control over Greece. Precisely, the Greeks, suspecting the weakness of the young ruler, began to revolt, although they were quickly repressed in Thessaly and Thebes, a polis that was destroyed. Then Alexander went to Athens, where the doors were closed for fear of repeating the destruction that occurred in Thebes. At this, Alexander the Great entered alone with a group of friends, and the Athenians recognized him as the king of all Greece.

After securing supremacy in Greece, he left for Asia Minor to liberate the Greek cities under Persian rule. With 40,000 men, Alexander defeated the opposing army, led by Memnon, and liberated the cities of Ephesus, Pergamum, Miletus, Halicarnassus and many others. Later, he faced the Persian army led by Darius III at the Battle of Isos, where Alexander the Great would win against an army ten times larger than his own. After this defeat, Darius III would retire to the east, while his family was captured by the Macedonians. This was well treated by Alejandro, to the point of offering marriage to Barsine-Estatira, daughter of Darius III. Then Alexander would travel to Egypt, where its habitants would proclaim him Pharaoh and they would unite in their fight against Persia.

After uniting with the Egyptians, Alexander entered Persia without major difficulty on the part of the soldiers of Darius III, occupying Babylon and soon Susa and Persepolis. In Ecbatana, Alexander realized that Darius III had been assassinated by Bessos, that now governed Persia and had fled towards the interior of Asia. Alexander gave a funeral to his old opponent and showed solidarity with his family, so he won the favor of the Persians, who named him king of his region and supported him in his persecution of Bessos.

Finally, after a journey full of fantastic stories and several hardships in Central Asia, Ptolemy, a courtier of Bessos, handed him over to one of Alexander’s generals. Bessos was executed, although the reaction of several Persian princes was to rebel against Alexander. After several battles, Alexander was able to impose his order and unify all the lands he had conquered. By that time, he married the Persian princess Roxana. Then, joining forces and after some difficulties, Alexander also conquered much of the Indian subcontinent.

“For me, I have left the best: Hope.” Alexander the Great

Finally, Alexander the Great would die in June of 323 b.C. in Babylon with only 33 years old. His vast empire, not having a clear successor, was divided between his generals and relatives, commonly called as the Diadochi. 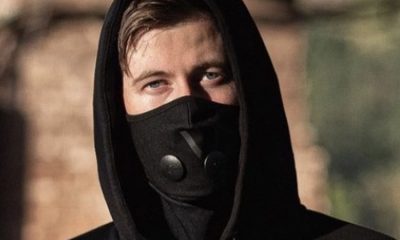 Alan Walker Biography Alan Walker (August 24, 1997) DJ and producer. He was born in Northampton, England. He lived in... 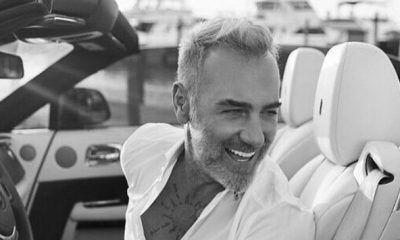 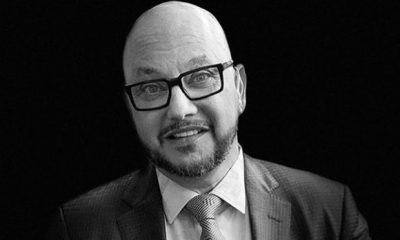 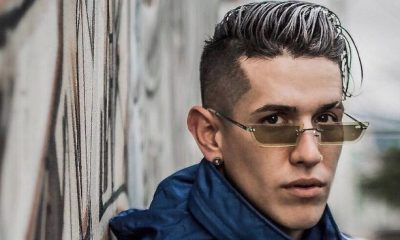 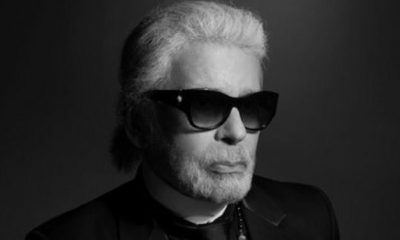 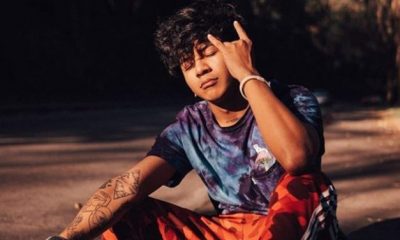 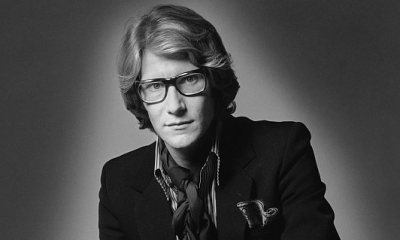 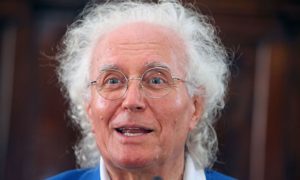 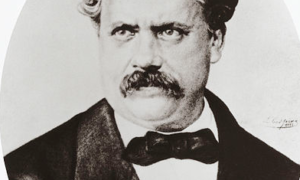 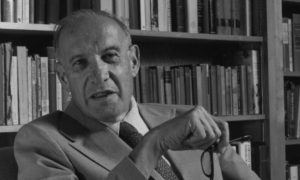 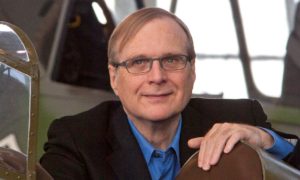 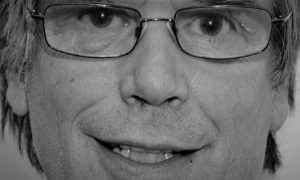