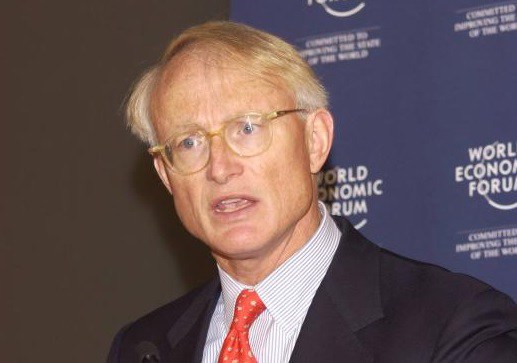 Michael Eugene Porter (May 23, 1947) is an economist, researcher, and lecturer. He was born in Ann Arbor, Michigan, United States. Due to his father’s profession as Officer in the Navy, he lived in different parts of the world. He attended high school in New Jersey. He was a sports lover, he played golf, football, baseball. He was accepted in Princeton University to study Mechanical and Aerospace Engineering. After, he would join the United States Navy, encouraged by his father, reaching the rank of captain.

He knew that this world was not the one he wanted to belong to for the rest of his life. For this reason, in 1971, he retired to start a master’s degree in business administration at Harvard University and, later, he started a doctorate in business economics at the same university. In 1984, he co-founded a management and strategy consulting firm called Monitor Deloitte Group. Subsequently, he wrote his first article, called, How Competitive Forces Shape Strategy which was published in the Harvard Business Review. In this article, he explained his Model of the Five Forces, which has become a fundamental tool for any student of management.

The following year, he published Competitive Strategy, his first book. In this book he developed the analysis of the matrix of generic strategies, this was very used but also a questioned tool. This strategy was well received by the Japanese. Years later, Porter entered to the list of best sellers with his book Competitive Advantage. In this new book, he focused on the development of the value chains. This tool is used to identify the sources of competitive advantage of companies, the model had great popularity.

In sum, Porter purposed a theoretical model that defined the activities that a company must develop to maximize the creation of added value to the final customer. The goal of this operation is to minimize the costs. Value chains was a name given by Porter to this theory because he considered each activity as a link in a chain, in which, step by step, the value is added to the product.

Porter had an inclination and a taste for writing. The following book was The Competitive Advantage of Nations (1990) in which he made a comparative and detailed analysis on the competitive variables of various countries and regions. He demonstrated that competitiveness was related to the abundance and quality of production factors, as well as the conditions of demand and strategy, structure, and rivalry of companies, this hypothesis was known as the “Porter diamond”.

For his contributions, he received several awards, invitations to academic institutions and to give lectures in various places. His concepts have had a global impact and have earned him the recognition of the father of competitive strategy. Although he has been the spotlight of several criticisms, it is undeniable that his contributions have served as pillars for the development of organizational analysis. Porter’s most important works are: How competitive forces shape strategy (1979), Competitive Strategy (1980), Competitive Advantage (1985), From Competitive Advantage to Corporate Strategy (1987), What is Strategy (1996), among others.

“The essence of strategy is choosing what not to do.” ― Michael E. Porter, What Is Strategy?

As mentioned before, he was very dedicated and passionate for writing, for that reason, his production has more than 18 books and around 125 articles on corporate strategy and competitiveness. He has served as a professor in Harvard Business School and director for the Institute for Strategy and Competitiveness.

His teachings inspire many courses on strategy and competitiveness in schools of administration and business around the world. During his lectures, he defends the idea of ​​the importance that companies must overcome their opponents in order to prosper, and managers must not only invest time and money to make products with the latest technology but also bet on initiatives that give added value to the customer.

The Economist, a British magazine, recognized Porter’s contributions to help with the development of global capitalism. Porter, has also conducted studies on social responsibility, shared value, economic development in rural areas or digital strategies, very profitable for the world of the virtual market.

In 2000, he received the distinction of University Professor, the highest recognition given to teachers for their academic and professional work. He has been an advisor to directors of international companies such as Nestlé, DuPont, Procter & Gamble, or Sysco. He was an advisor to the US Government and Congress.

This famous American engineer and researcher states that his ideas on corporate strategy are currently fully valid and also ensures that competitive pillars areas of the industry are imperishable and lasting over time. Obviously, he does not forget that there are new variables and the global market moves faster. The importance of his theories, in particular, of his strategic model of the Five Forces, is the total applicability to today’s industry.