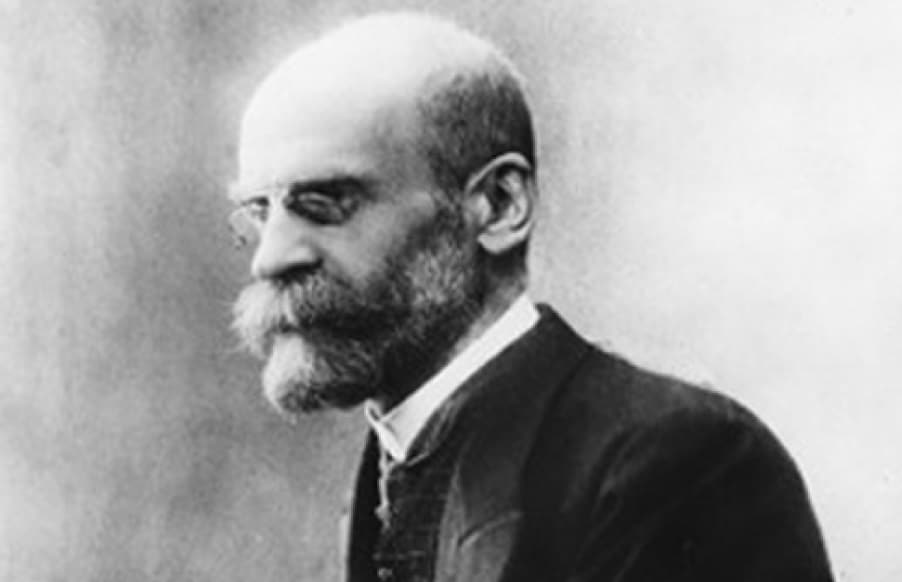 Émile Durkheim (April 15, 1858 – November 15, 1917). Born in the town of Lorraine, France in 1858, a descendant of rabbis. In spite of this, from an early age, he was immersed in laicization processes which produced the abandonment of Judaism. During his development, he witnessed the period of great economic and industrial expansion of his country; the loss of the Franco-German war and the occupation of his native city in 1870 in the framework of the Franco-Prussian War. After finishing school and to change the hostile environment, he moved to Paris to prepare to enter the Normal Superior School, receiving the title of philosopher in 1882.

Soon after, he was a high school teacher and then of Pedagogy and Social Sciences at the Faculty of Arts of the University of Bordeaux. While lecturing he worked on his doctoral thesis based on the division of social work, and over time he theorized about the rules of the sociological method. This postulate was so important that in his Sociology courses he was an indispensable subject in the discipline. The following year, in 1897, he published Suicide.

Until that moment his contribution in the consolidation of sociology as an independent discipline was remarkable, following fully the positivist line undertaken by Auguste Comte. The illustration was an influence for his works, for example, interest in science and social reformism. Although he never lost the conservative tradition that characterized him. Emile Durkheim was closely related to the academic circles of France, legitimized sociology and his work was a dominant force in the development of sociology, and in particular, of sociological theory.

Emile Durkheim, like the Catholic counterrevolutionaries, feared social disorder. Maybe that’s why his works dealt with the disorders that produced social changes. He also studied issues of relevance in that period such as labor conflicts, the overthrow of the ruling class, discord between the church and the state and the birth of political anti-Semitism. His theory was that social disorders were not important or their results were not convincing in the modern world and could be treated by inducing social reforms. A postulate of the classical theorists.

His ideas opposed the theories of his contemporary Karl Marx, who postulated that these episodes of disorder were inherent in the problems that society contained. Therefore, Marx’s ideas about the need for social revolution were radically opposed to those of Emile Durkheim’s reformism. The theory of French was named after classical sociological theory, which predominated in it was the Durkheimian interest in order and reform.

Durkheim eventually began to analyze the influence of the macrostructures of society. He also analyzed the thoughts and actions of individuals, in a few words his intention was to analyze society itself. He contributed enormously to the formation of the functional structural theory, which focuses on the analysis of social structure and culture, understanding that all social phenomena must be understood from social beliefs and practices; valuing the social over the individual.

Later, he built the differentiation of the concept. There were the social facts of material order and those of immaterial order. Emile in most of his works focused on intangibles, norms, and values, or in broader terms, culture. During his professional life, he also studied the division of social work, founded on two ideal types of society. A primitive type, characterized by a society with little or no division of labor. The other of modern character, characterized by organic solidarity, presents a division of labor.

During the study of the dynamics and functioning of complex societies, the category that Durkheim adopts in his thought emerges: anomie. When he begins to analyze the functioning of the two types of society he finds that classification, he understood it as the lack of social solidarity, applied to primitive society, he associated that this was due to an impact of modernization. Precisely, Durkheim found in the social contract a factor of anomie, since there is no guarantee of order.

This great sociologist who promoted several theories and research methods, has also been the basis for future sociological theories, left a fairly broad written legacy, the main works are:

The impact of Emile Durkheim has been exceptional, his functionalist theory focuses on the functioning, regularities, and norms of society. In this theory, the function is a concept that expresses the existing relationships between the elements of a group and expresses the dependence produced between these elements. Applied to sociology, it is understood as follows: the changes that cause harmonious equilibrium in society are considered functional; but if it does not, it is dysfunctional; and if it does not produce changes, it is not functional.

Actually, while this man developed some of his theories and postulates, he suffered the disappearance of his son the linguist André Durkheim, who was fighting in the Bulgarian during the First World War. Finally, it was confirmed that he had died and it devastated the emotional and physical health of the father of sociology, from which he never recovered. He died on November 15, 1917, in the Parisian capital, at age 59. 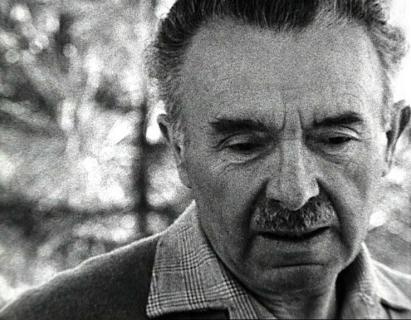 Célestine Freinet was born in 1896, on October 15, in a small village in the French Maritime Alps, and died in 1966 in Vence, after referring to knowledge and education. He spent his youth working in the fields, shepherding the flocks and this is remembered by Elisa, his wife: “the pastoral experience will be for Célestine the leitmotiv of his educational experience” (Elise Freinet, 1977). Freinet studied the complementary course of Grasse and later entered the normal school of teachers in Nice. At that time, the war of the fourteenth began and Freinet is forced to serve, the reason why he is seriously wounded in a lung when he was only 19 years old. That is why he received the Legion of Honor and the War Cross, and he went from hospital to hospital during four years of convalescence. He would never recover from his lung and his bad breath.

From 1920 onwards, he began to work in a small-town school where he developed his pedagogical activity. He started by introducing the printing press to the school and started a national movement with press articles. He also participated in international congresses of the “new education” and met teachers such as Ferrière, Claparède, Bovet, and Cousinet. Although it would not take long to get away from the traditional pedagogy and the new education (despite having good relations with its members) to investigate pedagogy in general.

At the political level, he was also very active since he was part of the union and the communist party. In 1925, he traveled to the USSR as a union delegate and there he met Krupskaia, the education minister, and wife of Lenin. In March 1926, he married Élise Lagier, governess, and artist, with whom he will have a daughter, Madeleine, in August 1929. Meanwhile, he worked in a traditional school where he was disappointed because the students get bored due to the school routine.

“Boys and girls learn by working. In this way, they build their own learning. The natural and universal way of learning is experimental scoring.” Célestine Freinet

In 1928, he and his wife Elise had already started a fundamental part of their work: printing, inter-school correspondence, the school cooperative and, at the national level, the secular education cooperative. Their project generated different problems in their jobs and their villages and that is why they dedicated themselves full-time to their secular teaching movement (which began producing material and editing pedagogical documents). In this way, they developed the experimental free school, between 1934 and 1935, and with the help of political friends and the leftist press managed to build a school in Vence where “The majority are children of Parisian workers, social cases from Social Assistance, children of mostly teachers enrolled for health reasons and, in isolation, four or five students from affluent families who trust us”(Elise Freinet, l968).

But after the Second World War came and Célestine Freinet was a known communist, for which he suffered a time in a concentration camp but managed to leave to participate in the resistance. After the war, they continued with their project and Freinet dies a little before turning 70 years old. In this way, his work was continued by his wife, who died in 1938. In 1958, with the aim of coordinating the movement on an international scale, the International Federation of Modern School Movements (FIMEM) was founded based on his research and beliefs in education.

Célestine Freinet and his wife conceived the school as a place of social renewal to establish a popular society where the school had a conscious relationship with other social areas such as family and politics. His idea revolved around natural education around the life and day-to-day activities and was guided by principles such as motivation, expression, and socialization. It was very important because it helped to constitute a modern pedagogy that dealt with learning in a more human way, from a groping approach to knowledge, to turn that knowledge into something to talk among their peers and end up joining the game with work.

“Give children the freedom to choose their work, to decide the timing and pace of this work, and everything will have changed.” Célestine Freinet

His technique is known as “the typography of the school” in which the classes produce various elements and techniques to create texts, drawings, correspondence, files and what he calls “book of life” where children narrate their stories and that of the class. Its function was for children to express themselves and communicate spontaneously, changing the relationship between school and life, something more useful and practical in a personal and social way. His most representative work is typography in the school. The collective work and the active method also usually represent their work. In that based his invention: to take communication and creativity to a place that, although it seems strange, had left it aside to focus on memory and repetition. Likewise, his idealism is criticized as a free education based on intersubjectivity.